What shall I do with the leftovers - Part 2

Back at the beginning of this month I made the final block for last year's BOM quilt and I had 32 teeny-tiny half square triangles left over from making stitch and flip corners (blogged here).  I played around with these for a time wondering what to do with them.  I thought maybe just sewing them together for a little mug rug for my computer table.  I tried out different arrangements and liked pinwheels, but then I thought that with a bit of added fabric they could be the points of a star. I could make the stars into 4" blocks, add sashing and bring it up to 12".  Plenty big enough for a mini quilt.  I played a bit more, and then saw this book lying on the table.  I'd been reading it the day before looking for inspiration for February's mini quilt. 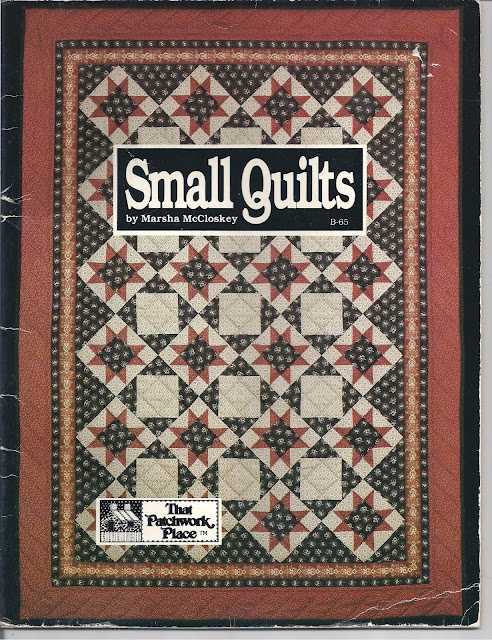 My stars looked just like the ones on the front cover, but these were set en-point.  Could I do that?  I'd never tried en-point but thought I'd give it a go.  Nothing ventured, nothing gained as the saying goes. I could manage the stars, and the other square I could make using stitch and flip, so that was OK, but then I realised I'd need setting triangles.  I've never done those.  How to get the right size?  I thought about using Pythagurus' Theorum, you know the one that goes "the square on the hypotenuse of a right-angled triangle is equal to the sum of the squares on the two adjacent sides" but then all that kept going round in my head was Danny Kaye singing a song about it, so that didn't help.  So I made up the star blocks, measured them and then cut out some paper squares the same size and played around with paper triangles until I came up with something that fit.  I sewed it altogether and ended up with an 11" square.  Three borders and a binding later I've ended up with a quilt measuring 19" square. 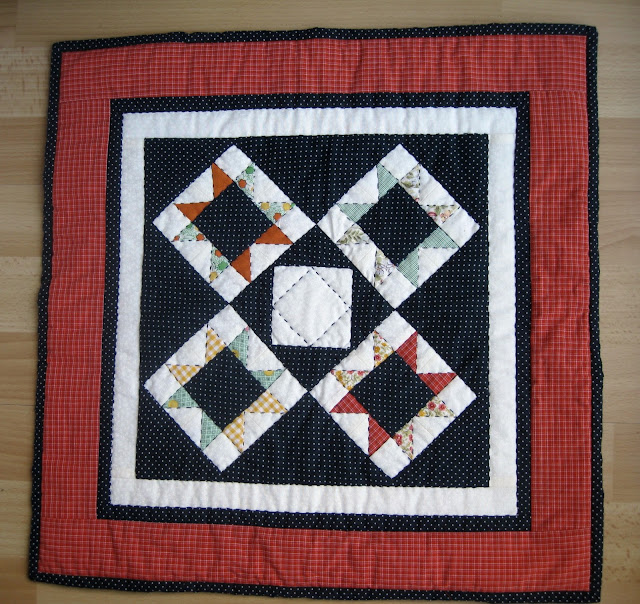 I used cotton fabric from a couple of old shirts and a bit of an old sheet for the borders and backing, and hand quilted it in navy thread.  When I saw this photo I thought that the centre looked a little bare, it needed something to draw the eye in, so I did this. 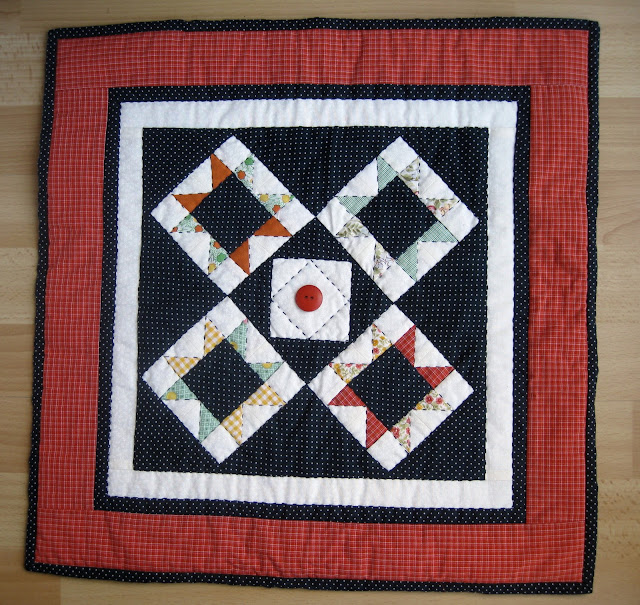 Yes, that's right, I added a button. Just the finishing touch that it needed.  I made hanging triangles so that I can insert dowelling for hanging, and the final finishing touch is the label. 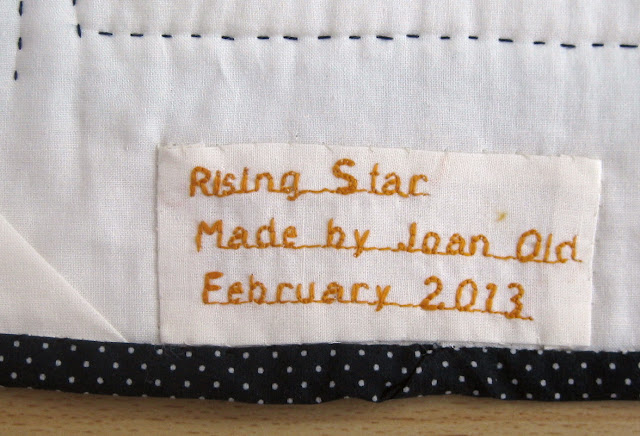 Oops!  Can you see what I've just seen?  I haven't finished the last line of quilting,  Better do that before I go to bed.