I can't believe it's the end of the month already.  It feels like only a few days ago I was writing up the January Round-Up, but no, here we are, about to enter March.

It's been a funny old month sewing wise.  I haven't had as much time to sew as I would have liked, due mainly to my aged father being unwell and having to take him to doctor and hospital appointments and generally keeping an eye on him.

Here's what I've done this month: 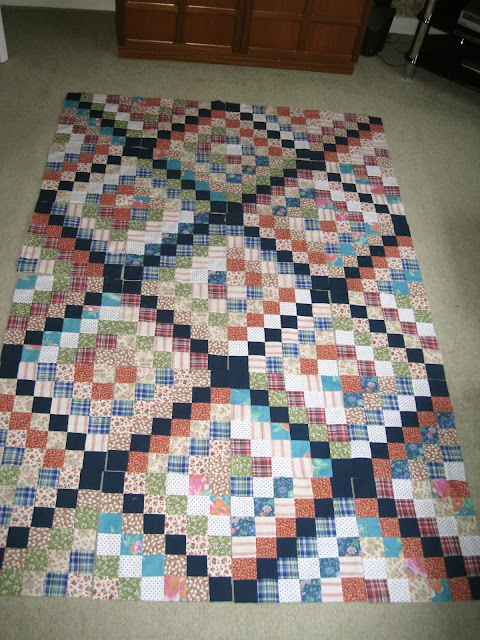 So, that's one mini quilt and 17 quilt blocks for this month.  I had wanted to make a start on some Farmer's Wife blocks but never got round to it.  Hopefully this month I will.  Hmm, I think I said that last month! 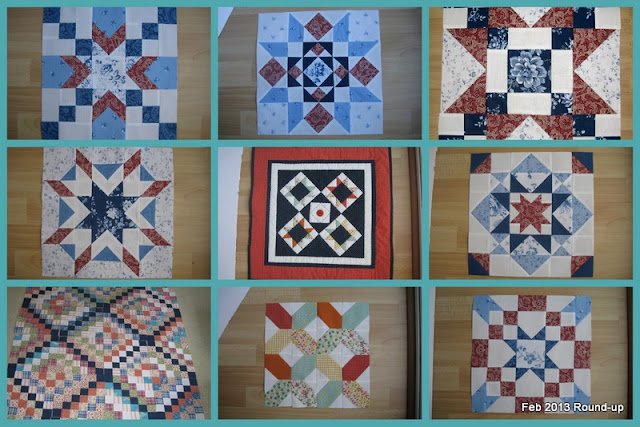 Linking to:
Small Blog Meet at Lily's Quilts
Finish it up Friday at crazy mom quilts