This is a traditional block, usually made in multiple amounts to make a large quilt, which I have altered in the way it is cut and put together to make a stand-alone 12" block. 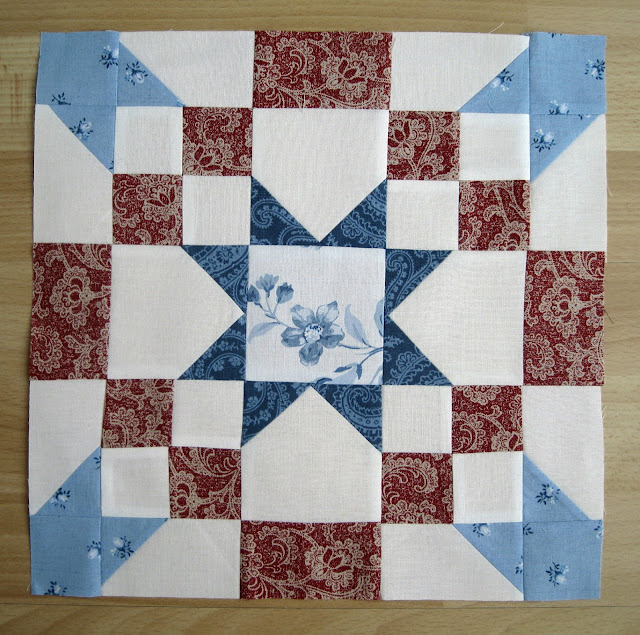 The traditional block is only one quarter of this, so you would need to make four - 6" blocks to get a square this size.  I only wanted one 12" stand-alone block so I pieced it all-in-one to eliminate the centre seams.  The red pieces in the middle of each edge now become rectangles instead of 2 small squares, the star points become stitch and flip triangles on a large square instead of 2 squares and 2 half square triangles, and the centre becomes a single large square instead of 4 small squares.  I much prefer the look of it without the centre seams, and it lays flat nicely.  I think if I was making a large quilt I would make the blocks like this.

I love working from a picture, drafting it out on squared paper and working out the best way to cut the pieces.  So satisfying!
Posted by joanold at 17:46