There are several basket blocks in the Farmer's Wife Sampler Quilt book, but none of them appealed to me.  Two of them have appliqued handles, so that's a 'no' from me (I know my limitations) and the grape basket is made up of 5 x 5 squares which makes it difficult to rotary cut as I'm not using templates.  So I decided to draft out my own basket.  I drew out a 4 x 4 block onto squared paper and took elements from other basket blocks I've seen.  After many attempts I came up with this. 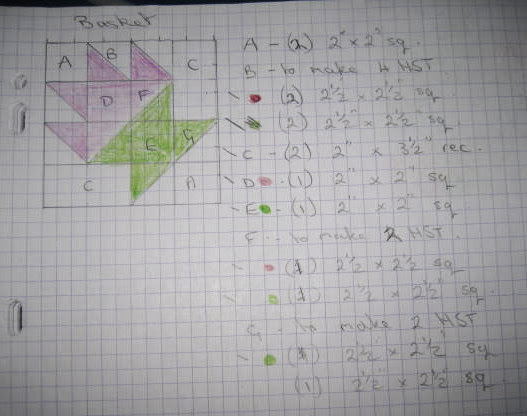 Actuallly, this is how I do all my blocks.  Every block is copied from the book onto my squared paper pad and I work out the measurements and method of working for each one.  My scale is 1 tiny square = 1/2 inch and then I add on the 1/4 inch seam allowance.  Some of the blocks in the book are a bit too complicated to do it with this method, but I'm only making 50 blocks so I'm picking out the easier ones. 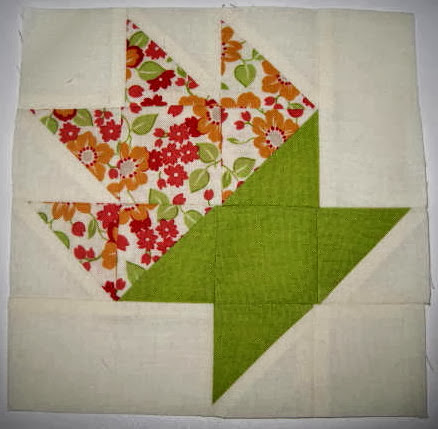 And here it is.  It actually took me less time to cut and piece this than it did to draft it out, but it was worth it in the end.

I've finished the big stitch quilting on 'Pretty in Pink' and only need to finish the hand sewing on the binding.
I've also made the blocks for the boy version of this one from old shirts so that will get put together this weekend and then will be ready for some hand quilting.

October was about getting Pretty in Pink pieced together but I've made a FWS block each week as well, so here's the collage for October. 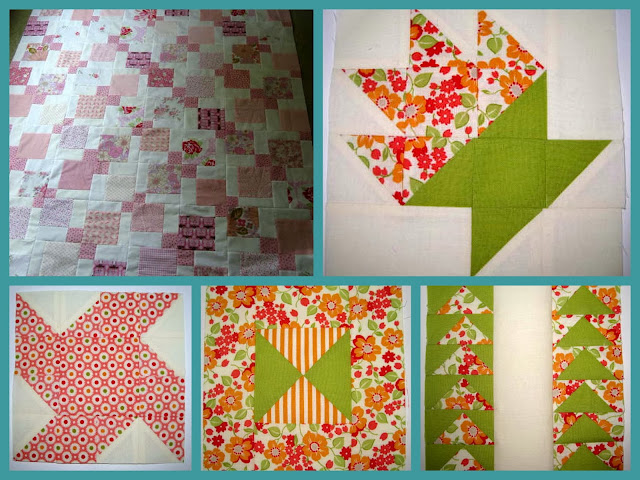