After finishing the scrap sorting last week I was eager to start a new project, so I decided to make a start on using up some scraps..  Do you remember the pile of 5" squares I had cut? 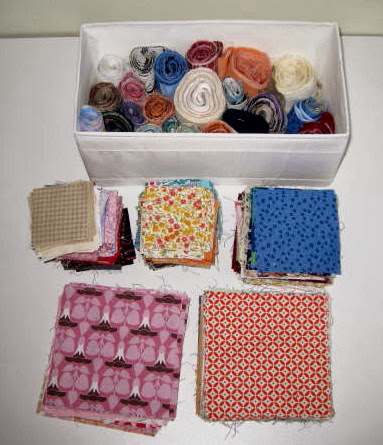 There were 80 squares in that pink pile on the left and were calling me to make something for my granddaughter whose favourite colour just happens to be pink.  I wanted something that would be scrappy, but still have a unified look to it.  I hunted around the internet, and my Pinterest boards and decided on the Disappearing Nine-Patch block.  I already had two charm packs of Kona white so they could be used, and I found some pink and red spot fabric in my stash I'd bought in Ikea earlier this year.  The white and the spot would be in every block.  I made each block using four scrap squares for the corners, one pink spot square for each centre, and four white squares for the outer middle squares.  That sounds complicated but as a picture paints a thousand words here's one to show you what I mean. 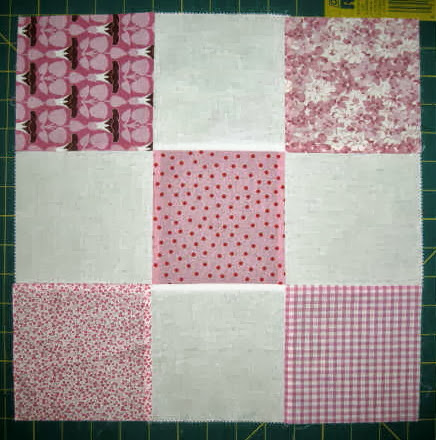 I made twenty blocks like this. Chain-piecing them meant they came together so quickly.  I really surprised myself how quick it was.  Then came the fun part.  I cut through the middle of the block, both vertically and horizontally like this. 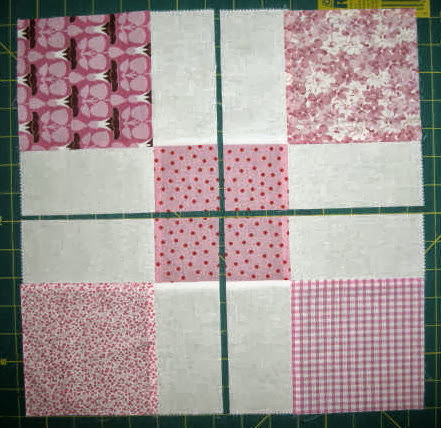 Then I rotated the top left and the bottom right squares through 180 degrees, leaving the other two squares alone.  They now looked like this. 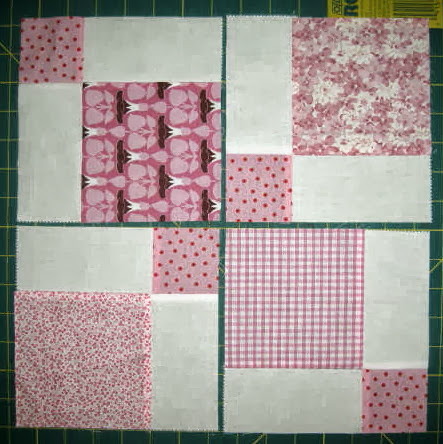 This was then sewn together to make the completed block. 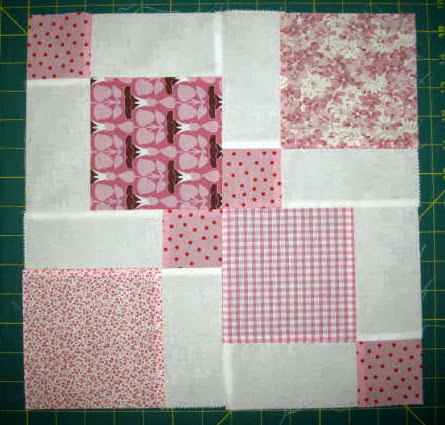 The block measured 13 1/2" square, which when set in a 4x5 formation and sewn together would be just a bit too big for the fleece throw I want to use for the backing, so I trimmed the blocks down to 12 1/2", making sure I measured 6 1/4" from the centre line on all four sides so that I kept the pattern equal.

The completed top. I love the way the cut white blocks form that cross pattern.  I'm thinking I'll hand quilt around the inside of those crosses to emphasise them a bit more. 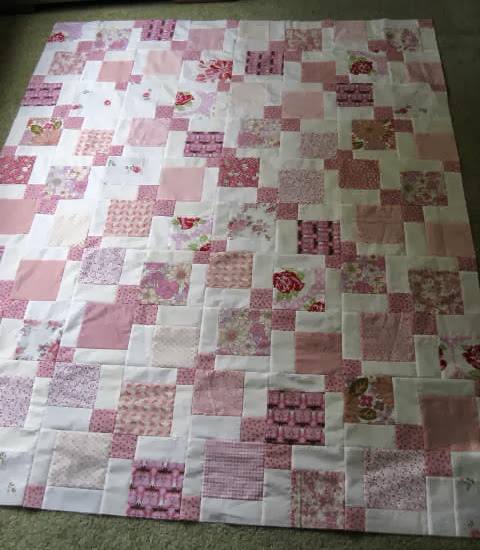 Although not completely made from scraps, I'm putting this down as another item for the Scrap Challenge.
Posted by joanold at 20:46