We're up to #10 of the Splendid Sampler QAL today. This block is a modified Snowball block and was designed by Sherri McConnell. On her blog, Sherri tells the story behind her design and has called it Iowa as that is where she grew up with her family.  I've renamed it Winchester because that is where I grew up and my elderly father still lives there.  I live five miles away.

I think I spent more time choosing which of my glorious French General reds I should use than I did actually sewing the block. 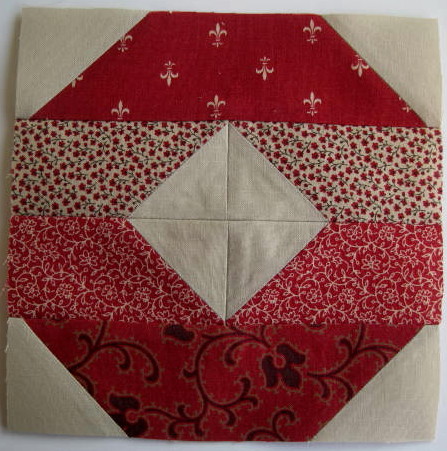 I've been debating with myself whether it needs something in the middle, perhaps a little heart as a couple of the other blocks have hearts in them.  I haven't any red thread at the moment so when I've bought some more I'll have another think.