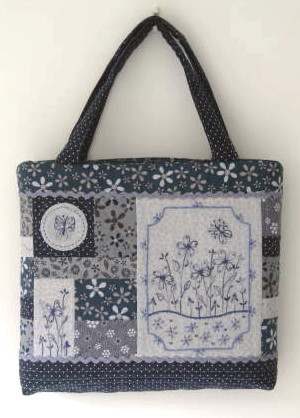 This is my Blue Butterfly Bag by Australian designer Gail Pan.  I first saw this bag on a Facebook group and fell in love with it.  I sent away for the kit and pattern and it sat for a couple of months in a drawer while I got on with other things, but then I was going on holiday and I wanted to take something small to do to while away a few hours sunbathing on the cruise ship, so I marked up the panels and took the embroidery sections with me. I didn't actually get much done but when I got back I carried on with it and the embroidery was soon finished. 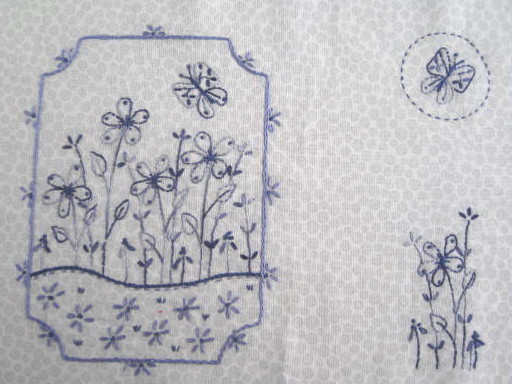 Having finished the embroidery I was keen to get on and make the bag and not let it lie around unmade.  I tend to think things over for far too long and then lose impetus but I just bit the bullet, took the bull by the horns, and just got on with it.  I'd ordered some supplies online and they were delivered very quickly so I had no excuse.

The outside of the bag was a fairly easy make, just simple cutting and stitching by machine. 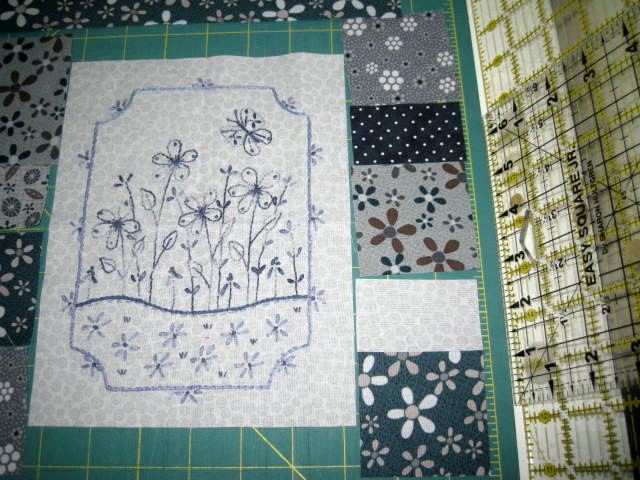 I adapted the original pattern a bit. I added Bosal foam interfacing to make the bag stand up on it's own. This did make the seams a bit thick so if I use it again I will cut it slightly smaller than the top piece so that it's not in the seams.

I also added a zipped pocket inside. I used my friend Youtube to find a suitable tutorial of how to insert a zip and found one that was quite easy to follow.  It does help when I can see somebody actually doing it, rather than just written instructions and a picture. I also added a facing to the top of the lining. 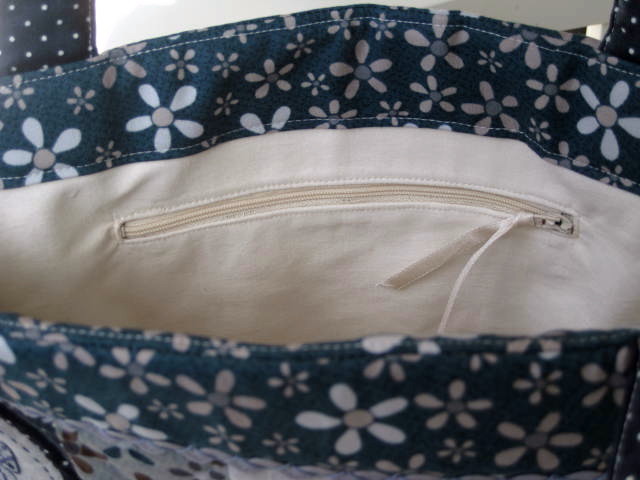 I finished the bag with some big stitch hand quilting and some grey ric-rac to cover the joins.
I wish I had added some sort of fastening to close the top but I thought I would just be using this bag as a carry bag for taking a small project to Craft Group, but it's actually just the right size for using as a handbag when I go out for the day.  I might try to think of some way of adding an afterthought  tab closure to the top.  Next time I will try an inset zip closure along the top. 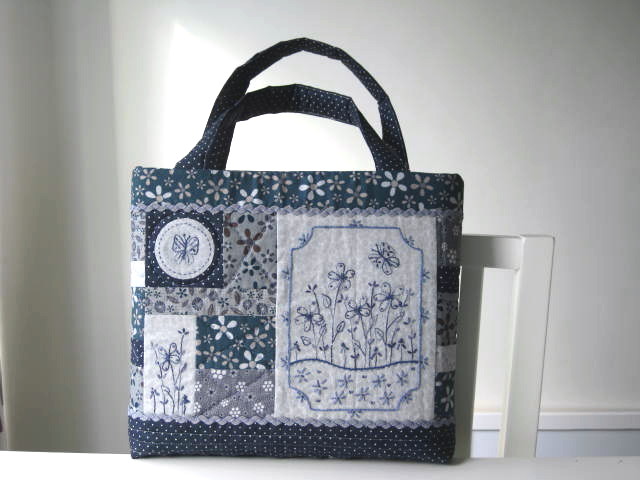 I've got a lot of French General scraps in reds so I'd like to make another in that, with my few adaptations.  I might even find a different bit of embroidery too.
Posted by joanold at 16:03