I started this quilt back in 2013 and it is, at long last, FINISHED! 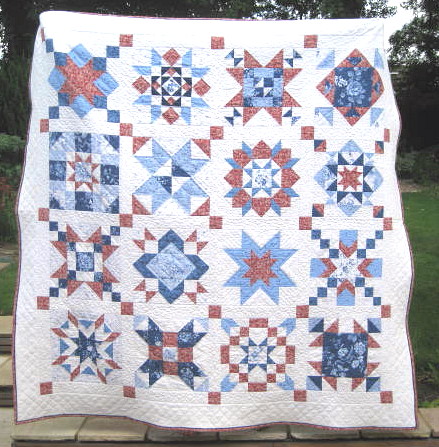 The journey began on this one because I had a lot of the blue scraps left over from another quilt I had made.  They are all from the same line - Chambray Rose by Shabby Chic. I didn't want another blue quilt so I searched around and found the red fabric, which seemed to match the shabbiness.  The red is Clermont Farm by Moda.  I kept the background nice and simple with Kona Snow. 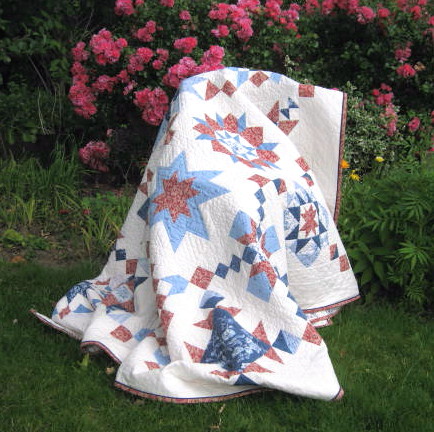 It started of as a Combined BOM for 2013, using blocks from many different BOMs, but then I hit a stumbling block as there were some block designs that just didn't seem to fit, so as I found a block I liked, I included it in this quilt.  The early blocks all seemed to have a star-like theme so I continued to find other starry blocks. 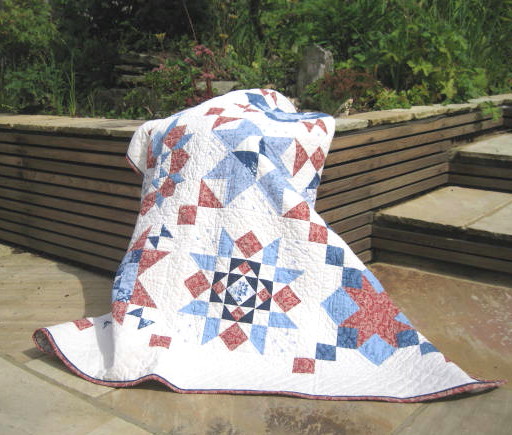 The quilt top was finished in June 2013 and I decided to quilt it by hand.  I found a cotton quilt cover in Ikea in a lovely Toile de Jouy print that made a lovely backing.  It was a fairly thin cotton with a not-too-tight weave, so ideal for hand stitching, and it only cost about £10, I think. I chose a luxury bamboo batting to see what it was like.  It's so soft and silky and quilted easily.  It's wonderfully warm, too. 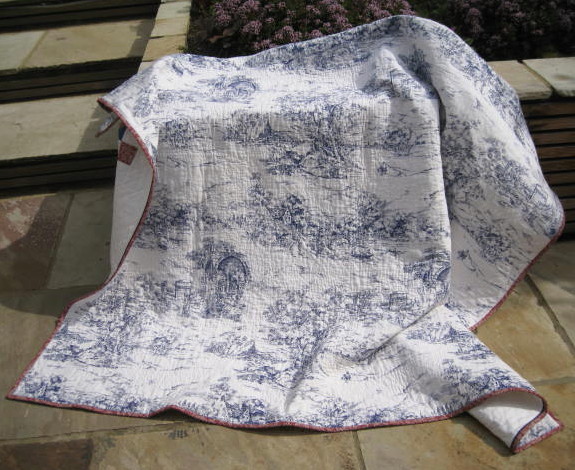 I thought it would take me the winter to complete it.  How wrong was I!  It's easy to get bored with the same project, and I had other smaller projects that needed my time so it got put on the back burner for months at a time.  When the summer came it got put away completely.  It's no joke trying to sew in the heat with a quilt on your lap. 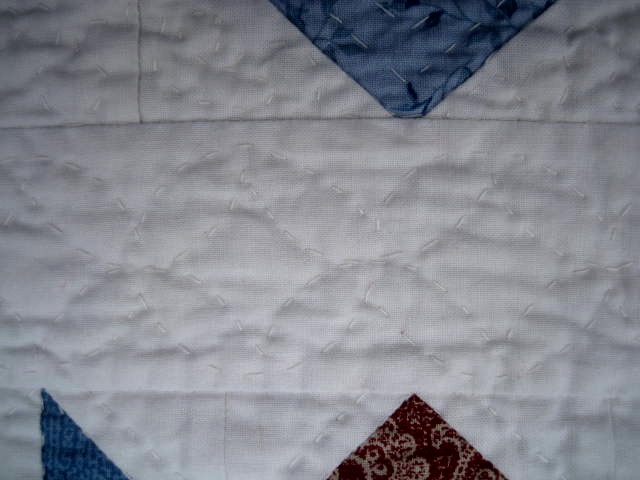 The quilting is fairly dense all over, and I realise now that it needn't have been.  Mostly it is straight lines following the patterns in  each block, but for the sashing I used a template.  For the border I went back to straight lines. 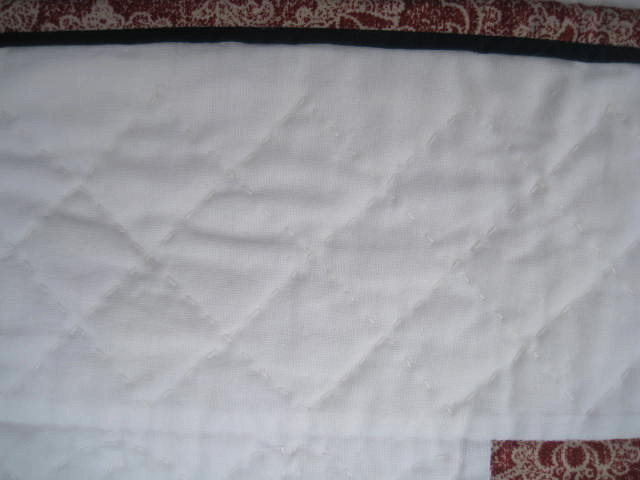 I didn't have enough of either the blue or the red fabric to do a binding, but then I came across this super easy flange binding.  Because the strips are cut narrower and then joined together I just had enough.  The joy of this binding is that it is all completely sewn on by machine.  Definitely will use this method again. 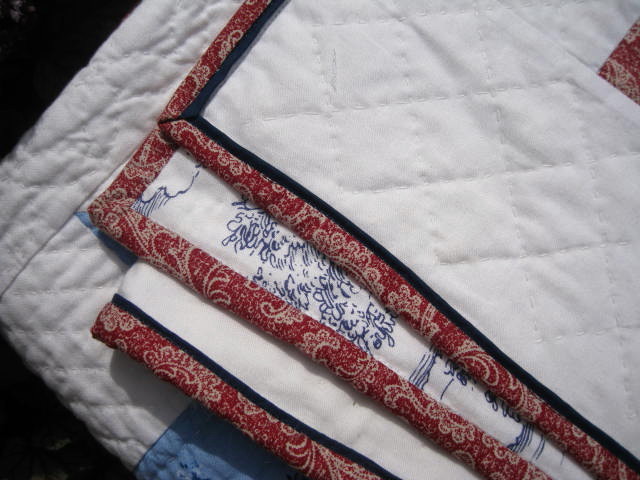 All of the pictures were taken in my daughter's gorgeous garden. 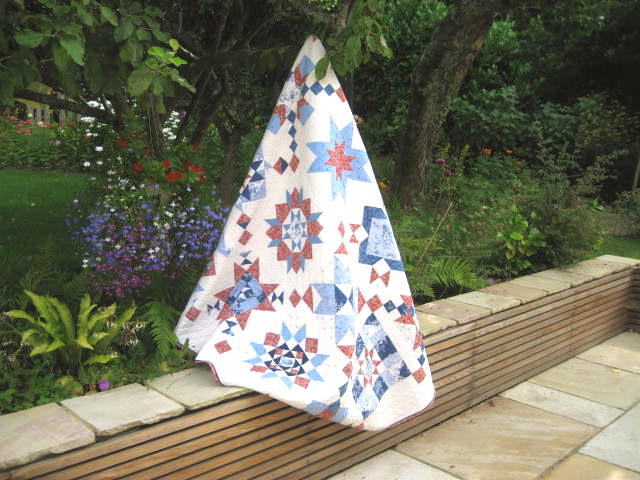