Cup of Tea and a Catch-Up!

It's so long since I last blogged, I hardly know where to begin, so I've made myself a large mug of tea and will just get on with it.  Please excuse me if it comes out in a bit of a ramble as it's all unrehearsed and I'll write it as I think of it.

My last post was the November Round-up and I was busily making a crocheted baby blanket for my daughter to gift to a friend.  This was completed and posted off up to Yorkshire in time for Christmas. 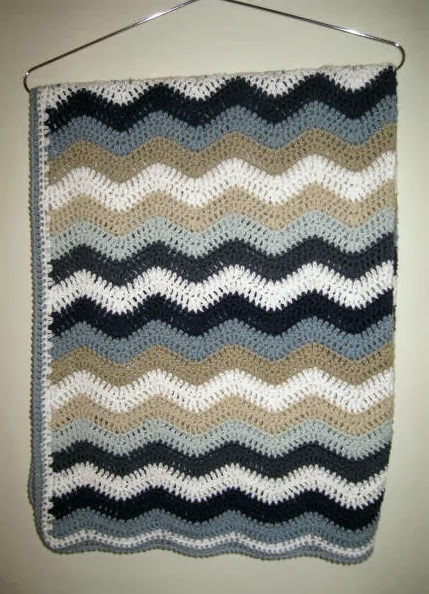 I then had to turn my attention to finishing the hand-quilting on my grandson's Disappearing Nine-Patch quilt and getting the binding on so I could gift it to him on the big day.  It very nearly didn't get finished as my eldest daughter asked me to do some invigialation for exams at the school where she is Vice Principal, so instead of spending two weeks leisurely stitching away I was spending my time 'watching paint dry'.  Well, that's what it felt like.  I just had to watch a room full of students beavering away at their exams, hand out spare pens and more paper, and give a bit of TLC to a few nervous pupils.  I don't think I've ever been so bored in all my life.  No reading, talking, writing or anything, just watching.  I spent my time making lists in my head of everything that needed to be done for Christmas but promptly forgot them as I couldn't write them down.  The one saving grace is that I will get paid for it at the end of January, so a bit of extra cash to spend on some fabric!

Harry's quilt did get quilted and bound, washed on Christmas Eve, dried overnight and wrapped on Christmas morning whilst the turkey was in the oven.  I asked, in a previous blog post, for names for this quilt and Kelly over at My Quilt Infatuation suggested 'Boys at Work' as the orange reminded her of construction workers.  I changed it slightly to be 'Man at Work' to reflect the grown-up nature of my nine year old grandson.   It's made from old shirts, orange fabric from a charity shop, backed with a fleece throw from Ikea, and bound with strips cut from an old bed valance.
Needless to say, he absolutely loves it and it's getting loads of cuddly time on the sofa in the chilly weather this month. 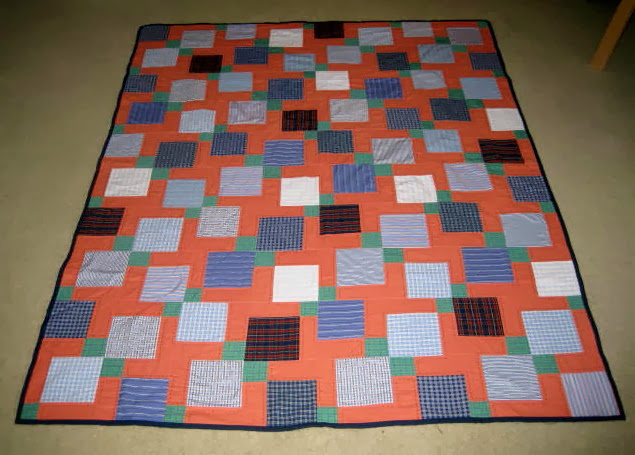 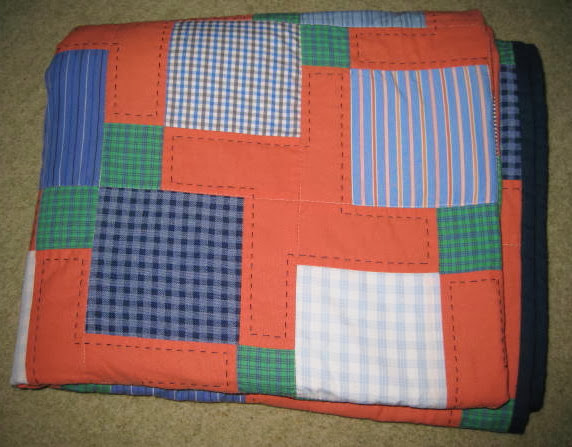 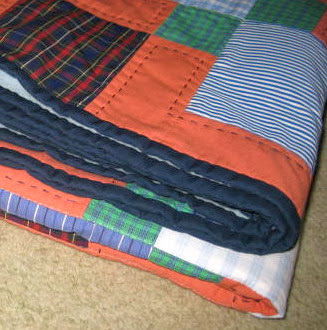 Christmas came and went in a flurry of activity.  Tree and decorations were put up on Christmas Eve, gifts were wrapped on the same day whilst watching 'It's a Wonderful Life' and contingency plans were made for cooking the turkey in case we were without power due to the bad weather.  I have a gas hob with an electric oven so would have been well and truly 'stuffed' if I had had a power cut.  Youngest daughter has a gas oven and would have cooked the turkey and potatoes for me and transported it over, but we were lucky and didn't have to use the back-up plan.  Two streets away from me weren't so lucky and were without power for four days. I went to Midnight Mass, bed at 2am and up at 6am to put turkey in oven.  Lunch at 1pm for nine went off well, pressies opened and choccies eaten whilst watching Downton Abbey. The post-Christmas Turkey soup was made and was a huge success on Boxing Day.  The tree and decorations came down the very next day, as I was getting too stressed out trying to keep Molly (daughter's 10mth old puppy) form eating it all. 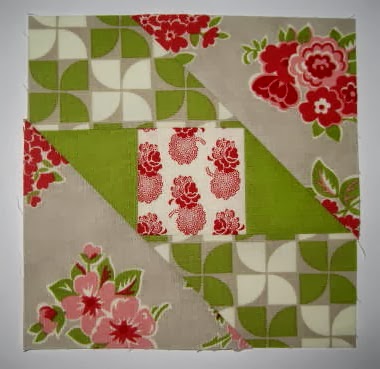 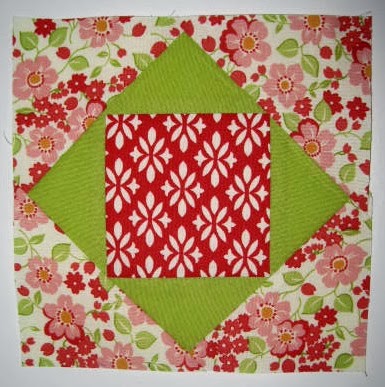 I had got a couple of week's behind with the Quilty Fun Sew Along but I'm all caught up now. 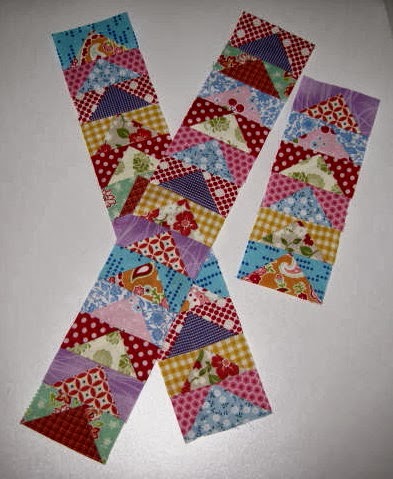 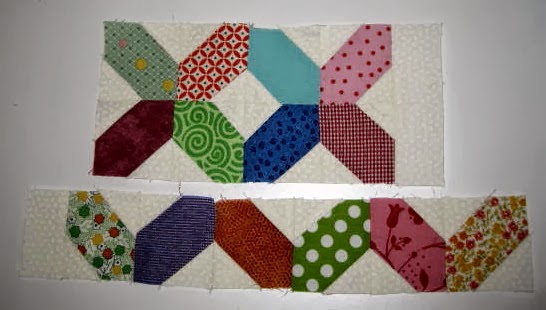 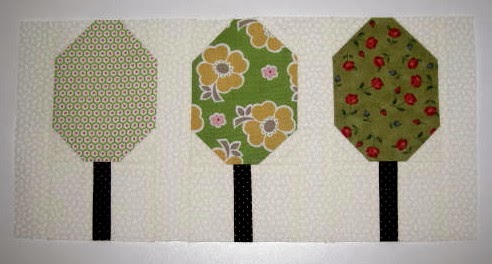 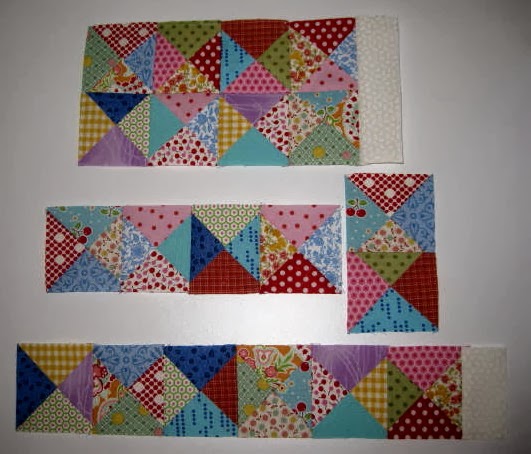 I'm continuing to hand quilt my large Starry Sampler quilt in the evenings.  At the rate I'm going it will take me all year so I really must overcome my reluctance and learn to FMQ on my machine or I will never get another quilt finished this year.  So my next job is to review 2013's New Year's Goals and set new ones for 2014, but that will have to wait for another post.  My tea's getting cold.